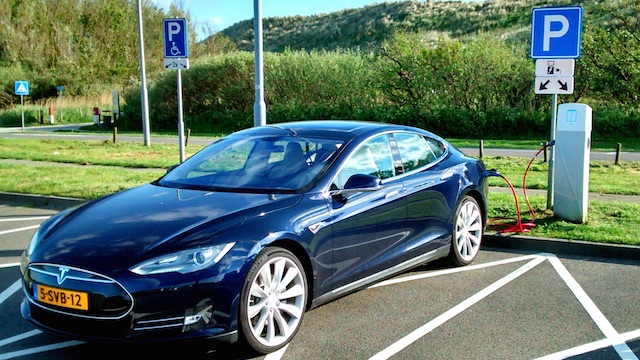 Hypermiling is an electric vehicle (EV) technique that involves drivers engaging in specific car hacks to reduce the energy consumption of the vehicle. Drivers attempt to use these hacks to go as far as possible on a single charge. The previous record was held by a Model S P85D. But Peeters and Cools did some research before engaging in their successful hypermiling run; they determined that the ideal speed at which to conserve energy would be a steady 40 KPH.

Determining the correct speed was only one factor the two drivers had to consider; everything was focused on reducing energy consumption as much as physically possible.

“The first few rounds we were really looking at all the different options and what they meant for our power consumption. Of course, A/C was out of the question, but would using the fan only be more efficient than cracking the windows slightly to get some fresh air? Would folding the mirrors be more efficient?”

The route they chose also underwent serious considerations, with the drivers deciding what would make for optimal hypermiling conditions for the vehicle. Traffic, intersections, and traffic lights would all seriously impede their goal of achieving the world record. Ultimately the two decided on a 26km loop track, so as not to have to worry about any external complications. The record-breaking run, which involved the two drivers taking turns, ended up lasting 23 hours and 45 minutes.

Although the drivers are more than pleased with their unofficial world record, it might not last very long. Tesla CEO himself Elon Musk has put in his two cents on the matter, and believes that it should be breakable with the right technology. In a Tweet, Musk stated that with the right tires, over 1000 km should be entirely possible in the same vehicle used by Peeters and Cools. Whether or not anyone attempts to break this record remains to be seen; in the meantime, these two Tesla enthusiasts are riding high with an unofficial (and very impressive) new world record.