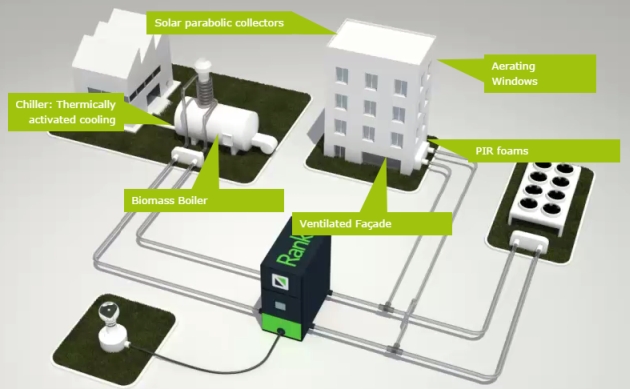 A new project in Europe is bringing together 18 partners in six countries to retrofit a public building in Spain, Belgium, and Turkey to boost energy efficiency. The project, called BRICKER, will combine passive and active technologies to create a system that could be implemented throughout Europe.

The project will begin by monitoring the existing building to understand the building’s energy use. Solar powered heating, cooling and electrical generation systems will be installed, and their effect will be monitored. The three buildings are located in different climates and the energy system installed will be modified based on the climate. The project is expected to last four years, and the return-on-investment is expected to be reached in seven years. “After retrofitting, we expect to have the same comfort levels in the building, using 50% less energy,” says Yunus Çengel, dean of the faculty of engineering at the Adnan Menderes University in Aydin.

Read more about the BRICKER project.