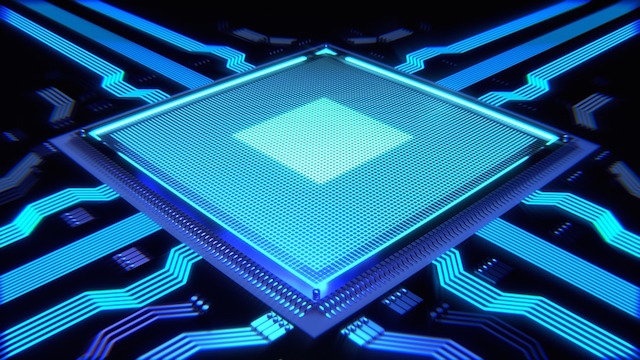 Engineers at the University of California, Davis have designed a new high-frequency electronic computer chip with amazing capabilities. The chip has the potential to transmit tens of gigabits of data in mere seconds, and dramatically change the course of information technology by making it faster, more streamlined, and far more effective than current models.

The chip is designed using a phased array antenna system. The system takes energy from various sources and funnels them into a single beam. The beam can then be steered and directed by scientists as needed. This allowed the scientists an unheard-of level of control when designing the computer chip. The final product is a chip that operates at 370 GHz with 52 GHz of bandwidth. To give you an idea of how impressive that is, your average 4G and LTE cellular network operates between 800 MHz and 2.6 GHz with up to 20 MHz of bandwidth. FM radio waves, by comparison, can only broadcast between 87.5 and 108 MHz.

This chip promises to be an invaluable resource as technology expands, leading to faster communication and applications that require high frequencies to correctly function. It will not suffer the limitations that hamper 4G cellular networks, or have to worry about slower speeds.

This chip elegantly proves that it is possible for a single chip to operate on the large bandwidth available at millimeter-wave and terahertz bands. A variety of technologies can benefit form this discovery, including the emerging fields of high-speed communication, radar, medical imaging, sensing, and spectroscopy.

The next step in this process is to see how the chip integrates into imaging and computing systems. From there the scientists will be able to see what changes and improvements need to be made, and how their technology can be incorporated in a variety of fields. From there, possibilities for mass production may be explored.