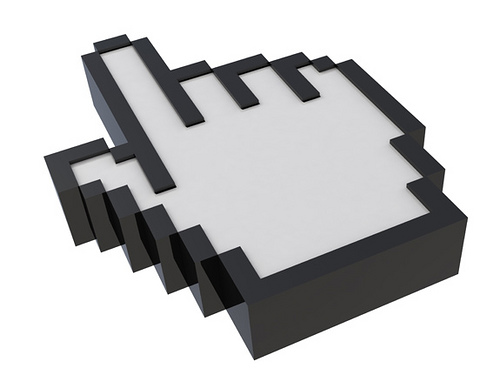 For quadriplegics, mind-controlled prostheses could improve the quality of life and add a new level of freedom. The technology sounds too good to be true, but it isn’t entirely out of reach. Scientists recently demonstrated a thought-controlled computer cursor that works twice as fast as previous technology.

Back in 2011, a woman named Cathy Hutchnison made history when she used her thoughts to direct a robotic arm to bring a sip of coffee to her lips, as part of the BrainGate clinical trial. Despite this breakthrough, mind-controlled prosthesis still need many improvements before they are a practical solution. Since the 2011 trial, scientists have been working to make the technology faster and more accurate, with the ultimate goal of providing instant point-and-click control of any computer system.

Developers have found better ways to read brain activity and they improved the system’s software and hardware—including filtering out electrical interference that can weaken signals from the brain. In addition to improving the system’s design, the team also asked the participants to try different ways of thinking about moving the cursor in order to find which worked best.

In a recent study, the researchers compared the improved system to results from the previous BrainGate clinical trial, and they found that the new technology is twice as fast. The study involved two participants who are both paralyzed due to ALS (also known as Lou Gehrig’s disease). They each had 96 tiny electrodes implanted into their brain. The electrodes pick up signals from the brain’s neurons and sends them to a computer, which then translates the signals into action to control the prosthesis.

The researchers say that significant work is still needed before mind-controlled prosthesis become widely available, but the recent improvement in performance can’t be ignored. The study is a collaboration between Brown University, Massachusetts General Hospital and the US Department of Veterans Affairs as well as Stanford University and Case Western Reserve University.