Electrons Could Hold the Future of Computer Chips 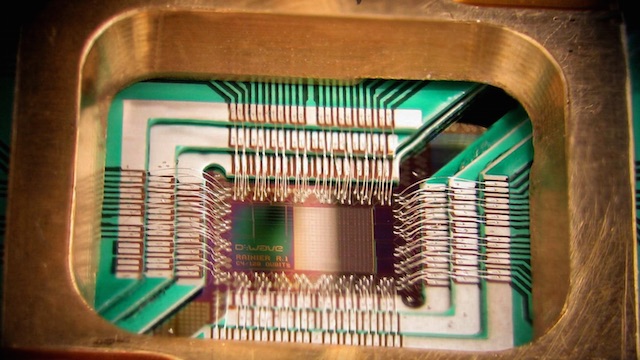 Researchers at the Ecole Polytechnique Federale de Lausanne in Switzerland are creating new techniques and materials in order to study electrons. They specialize in spintronics — the field that strives to understand the quantum properties of elementary particle, commonly known as ‘spin.’ Their work is on the very cutting edge of electronics, and could easily hold the key to the future of quantum electronics.

Researchers from the Laboratory of Nanoscale Electronics and Structures (Lanes) successfully quantified quantum properties for a category of two-dimensional semiconductors. These semiconductors are called transition metal dichalcogenides (TMDCs). This work confirms that materials such as graphene, molybdenite, and tungsten diselenide) can offer new perspectives on a vast array of electronics.

The goal of all this work is to design computer chips that are smaller and generate less heat than current models. But there is nothing simple about this research; it takes place on an incredibly small scale, and requires high quality materials to work effectively. However, their efforts have paid off: researchers have acquired samples that allow them to observe how electrons move around in wave form, as well as quantify their energy.

“If we want to examine certain characteristics of electrons, including their energy, we need to be able to watch them move over relatively long distances without there being too much dispersion or disruption.”

Professor Andras Kis, head of the Laboratory of Nanoscale Electronics and Structures (LANES)

That’s not all the team of scientists uncovered. Thanks to their work, they achieved access to another quantum property. In this type of 2D semiconductor, spins of electrons and holes can exist in one of two states. These states are described as being oriented spin up (upwards) or spin down (downwards). Depending on their state, the energy will be a bit different. This is known as spin splitting — and the researchers on this team are the first ones to ever measure electrons in this state.

Due to these incredible discoveries, scientists believe that the field of spintronics can provide marked advances in the field of electronics. Furthermore, this is solid proof that a new type of charge carrier — namely spin — could be a heavy hitter in the future of electronic devices.