Electronic Stickers and the Internet of Things 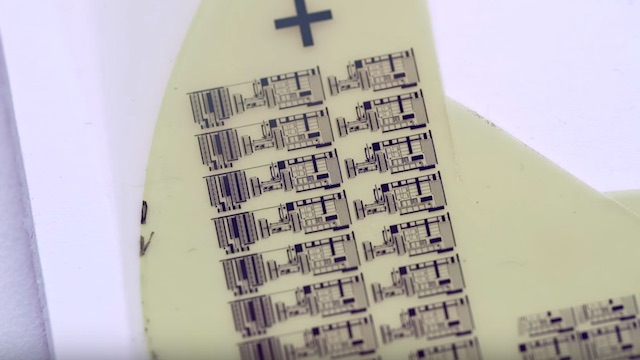 Researchers from Purdue University and the University of Virginia have successfully built a new fabrication method for electronic stickers. This new technique creates small, thin-film electronic circuits that can be peeled from a surface and stuck wherever needed. The fabrication method removes several manufacturing steps from creating such stickers (as well as the inevitable expenses). Additionally, any object you attach the sticker to can be controlled through this new technology, making it a powerful tool for the ever-expanding Internet of Things (IoT).

Traditionally, electronic circuits are built on silicon wafers. These wafers are a flat and rigid substance, and electronic circuits each require their own independent wafer in order to function. This technology is capable of withstanding high temperatures, as well as chemical etching which is often used to remove circuits from a wafer. Unfortunately, these techniques damage the silicon wafer. This means that a new wafer must be used every single time — which leads to considerable cost and wasting of resources.

The new fabrication technique hopes to change that around. Known as transfer printing, this method allows for virtually infinite numbers of thin films holding electronic circuits to be placed on a single wafer. No high temperatures or complicated chemicals are needed to use these circuits: they simply peel off with the addition of water.

“It’s like the red paint on San Francisco’s Golden Gate Bridge – paint peels because the environment is very wet. So in our case, submerging the wafer and completed circuit in water significantly reduces the mechanical peeling stress and is environmentally friendly.”

A layer of ductile metal (such as nickel) is inserted between film and the silicon wafer. This allows the circuits to be peeled off when submerged in water. The thin-film electronics can be easily trimmed to fit any surface; once affixed, they give the object specific electronic features. A sticker placed on a flower pot, for example, would allow the user to observe temperature changes within the flower pot that could impact the plant inside. And as far as scientists are concerned, this is just the tip of the iceberg regarding what these stickers could be capable of.

Scientists have optimized the process so that the electronic films from wafers can be delaminated in a defect-free manner. This should lend itself to the commercialization of this technology, and provide an exciting new resource for the IoT.