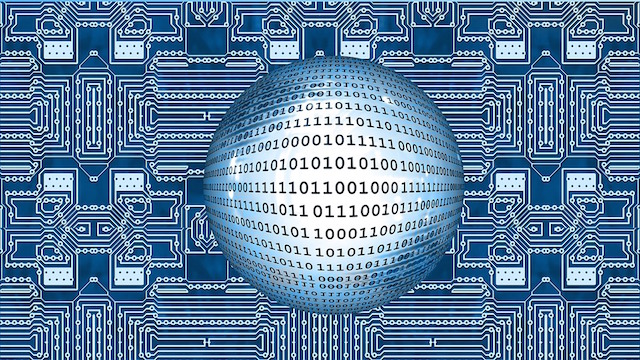 Scientists at the King Abdullah University of Science and Technology (KAUST) in Saudi Arabia have successfully determined the electronic characteristics of semiconductors. The discovery of an interface between two wide bandgap semiconductors will help engineers and scientists alike on their quest to improve the efficiency and power of various electronic devices.

The properties of semiconductors are similar to those of a conductor and insulator. Currents can only flow when their electrons possess enough power to overcome a specific barrier in the semiconductor. The barrier, known as a bandgap, is responsible for determining the properties of a specific semiconductor. Thus it follows that materials with a large bandgap are best for the creation of high-powered electronics. The larger bandgap allows for a greater breakdown voltage, resulting in energy-efficient transistors.

Scientists have learned that they can go even further, tailoring materials to specific applications and needs. This is accomplished by layering various semiconductors on top of each other, creating a heterostructure that has all the required properties. However, scientists have not had a comprehensive understanding of semiconductors and their respective properties or how they interact — until now.

Scientists from KAUST, in conjunction with colleagues from the Georgia Institute of Technology, have successfully measured the alignment of two emerging large bandgap materials. Their studies focused on boron aluminum nitride and aluminum gallium nitride. While the 2014 Nobel Prize in physics went to those who developed gallium nitride light-emitting diodes, aluminum nitride is far and away the more intriguing material. It has a significantly larger bandgap at 6.1 electronvolts, and its electronic properties are fairly simple to tune. Scientists can adjust the properties by replacing aluminum atoms found in the crystal with those of boron or gallium.

The scientists behind this research created a specific interface for the experiment. The interface, which was between boron aluminum nitride and aluminum gallium nitride,was placed on an aluminum-nitride-covered sapphire substrate. A high-resolution x-ray photoemission spectroscopy was then used to measure the offset between the two bandgaps. The results were unexpected: the bandgaps had a staggered alignment.

This information, besides providing a deeper understanding of semiconductors and bandgaps as a whole, will allow scientists to work on designing more energy-efficient high-powered electronics. Additionally, these semiconductors can be used to create light from deep in the ultraviolet spectrum. Such light has a variety of uses, including water purification and disinfection.