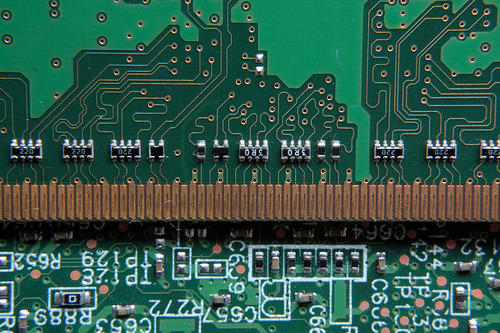 A team of Google researchers warns that electromagnetic leakage from transistors on memory chips can be used by hackers to cause bit flips that can bypass a computer’s security protections. They described the issue in a blog post for Project Zero, Google’s research group that focuses on finding vulnerabilities in Google’s software products such as Chrome.

They have demonstrated a “Rowhammer” technique, in which a program accesses a row of transistors in a computer’s memory, repeatedly hammering it until an electric charge leaks onto the next row. The researchers then show how the resulting bit flipping can be used to corrupt a computer’s memory or even gain full administrator control of a Linux operating system. This proves to be a unique security challenge because it is a physical flaw that can’t be fixed with a software patch.