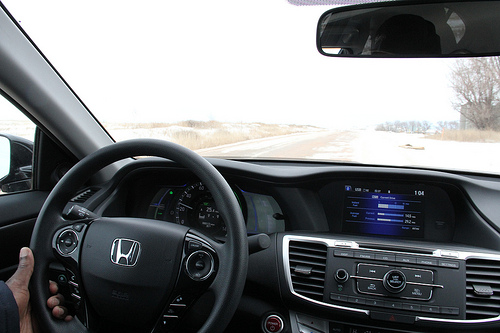 Earlier this week, we reported that Honda Australia was recalling the 2015 Accord Sport Hybrid because electrical noise can cause the car to unexpectedly switch out of fuel engine drive into fail-safe electric vehicle mode. The interference causes the cars to suddenly drop from highway speeds down to 40 miles per hour, and the limited electric range could quickly lead to power loss. Now Honda is recalling 6,800 Honda Accord Hybrids in the United States for the same issue.

The problem is caused by a defect in the cell voltage sensor (CVS), which is not able to interpret the correct electrical noise. Honda has said that the CVS might be mistakenly interpreting electrical noise from motor circuits and the hybrid battery inverter. This causes the vehicle to disable the gasoline engine and rely entirely on electrical power, which is only designed to last two miles.

The National Highway Traffic Safety Administration has received several complaints, as well as around 60 warranty claims that have already been made to Honda. The U.S. recall includes certain 2014-2015 Honda Accord Hybrids. Honda will notify owners in the next month. In the meantime, if the issue occurs the cars will alert drivers with audio and visual warnings.