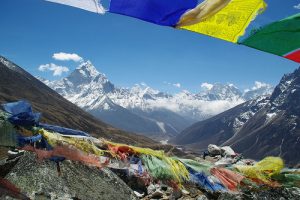 Another earthquake hit Nepal this week, adding to the destruction caused by a 7.8 magnitude earthquake on April 25 that killed thousands and injured more than 10,000 people. Throughout the recovery, many technological innovations have helped relief efforts by improving communication and pinpointing exactly where help is most needed. Here are six ways electrical engineering has been critical in the recovery after the natural disaster.

Drones flying over the affected areas help determine where assistance is needed. A pilot from Aeryon Labs, for example, is collaborating with the Nepalese Army to use the drones to reach remote regions and areas that are difficult to access due to rubble. The drones are equipped with thermal cameras that help find survivors by detecting body heat. A high-powered zoom lens can show ground-level details from as far as 1,000 feet away.

“When disasters happen, people need to know their loved ones are safe. It’s moments like this that being able to connect really matters,” Mark Zuckerberg said, after activating the Safety Check feature for the Nepal region. When the Safety Check tool determines that a user is near a natural disaster, it sends a push notification that asks simply, “Are you safe?” and then a quick tap of a button lets users quickly tell family and friends that they are okay.

Similarly, Google’s person finder tool is a crowd-sourced missing persons database that was first launched after the 2010 Haiti earthquake. Emergency responders and individuals use the tool to enter information about themselves or others. People around the world can search the records to check on someone they are trying to locate in the disaster zone. The tool is now live for the Nepal earthquake and the database currently has 8,600 records.

3) Network in a Backpack

A device called the Instant Network Mini has been sent to Nepal to provide a network for aid workers to communicate and for survivors to call or text loved ones. The 24-pound system fits into a backpack and can be set up in the field in just ten minutes, even by non-technical users. The device comes from the Vodafone Foundation, the philanthropic arm of the British telecommunications company. It can connect up to five mobile phones within a radius of almost 330 feet to local networks, providing an instant connection for emergency communication.

Optical and radar satellite data from the European Space Agency (ESA) and NASA are being used to assess damage and determine any geological risks that are still present in the area. Scientists have compared satellite images from before the earthquake with images captured by ESA’s Sentinel-1A the day after the earthquake. They used the images to create maps that show how the earthquake changed the land. The map identifies which parts of the fault slipped and which have not yet slipped, and are therefore likely to experience a future earthquake.

Additionally, NASA’s satellite images of Kathmandu were used to map the decrease in light emissions, which helped determine which areas were most effected by electrical outages. Satellite images have also helped relief efforts by showing which areas are at risk for post-earthquake natural disasters such as landslides, floods, and avalanches.

New search-and-rescue technology developed by NASA and the Department of Homeland Security helped save four men who were trapped in collapsed buildings. The suitcase-sized device detected their heartbeats, even though the men were buried under ten feet of bricks, mud, and debris.

The heartbeat detector is called FINDER, which stands for “Finding Individuals for Disaster and Emergency Response.” It sends low-power microwaves into the rubble and analyzes the microwaves that bounce back. FINDER’s data processing system can tell the difference between humans and debris, or even animals, by measuring the timing of the waves it detects, and identifying the rhythmic movement of a beating heart or the rise and fall of a person’s chest. The device has a locator that can show the approximate location of trapped people, within about five feet.

New technology has saved many lives and helped relief efforts following Nepal’s earthquake, but low-tech electronics have also been critical, especially in areas with limited radio, phone, or internet. Volunteer ham radio operators from India traveled to Nepal to set up ways to communicate in areas with damaged infrastructure. Ham radio operates well even though the country’s infrastructure has been damaged, because transceivers can be powered by generators and used off the grid. Several amateur operators have set up High Frequency and Very High Frequency stations on the border between India and Nepal. At least a dozen amateur radio operators are busy using old school technology to pass messages along to save lives and connect loved ones in the aftermath of the earthquake.

Throughout relief efforts, engineering innovations have helped saved lives in Nepal. However, it is still one of the poorest countries in the world, with limited access to power and unreliable internet, even before the infrastructure was shaken by the quake. Modern tools such as Google’s person finder are only helpful if people can access them. From addressing telecommunications challenges to locating survivors, there is no doubt much more work is ahead.