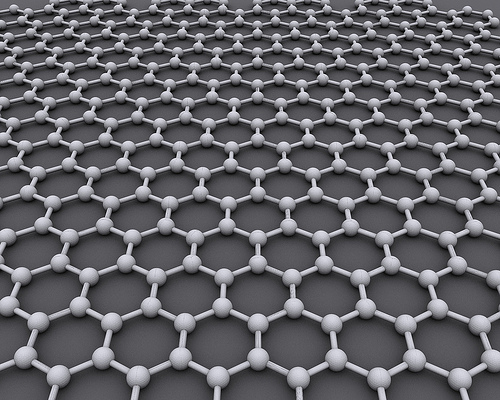 Europe’s Graphene Flagship is a consortium of academic and industrial partners working together with the goal of taking graphene—a promising 2-D material—from the realm of academic laboratories into real-world applications in the next ten years. As part of their work, they recently proved that graphene provides an effective shield in reducing microwave pollution and improving the electromagnetic compatibility (EMC) in electronic devices.

The researchers were looking to create an extremely thin EMC coating that could absorb microwaves so that electromagnetic pollution would be eliminated instead of reflected elsewhere. In a study published in the journal Scientific Reports, they demonstrated microwave absorption in the Ka communications band between 26.5 and 40 GHz, using six graphene planes separated by layers of a transparent plastic called poly-methyl methacrylate (PMMA). While a single layer of graphene absorbs 25 percent of microwave radiation, a multilayer graphene/PMMA sandwich structure absorbs an impressive 50 percent. The results were confirmed with rigorous electromagnetic testing.

Lead researcher Philippe Lambin from the Université de Namur in Belgium said, “We have found that the static conductivity of graphene is close to the value which relates the magnetic and electric fields in any electromagnetic radiation propagating in air. Thanks to this happy coincidence, graphene is an ideal material for absorbing radio waves, thus protecting sensitive electronic devices.”