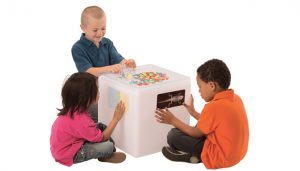 Roylco is recalling its Educational Light Cubes because the light cube’s lithium polymer battery can overheat and catch fire, posing a fire hazard. There have been three incidents reported of the cube overheating and catching fire. No injuries have been reported.

The light cubes were sold through educational dealers and distributors nationwide, including Beyond Play, Charles J. Becker, Excelligence, Hatch and Kaplan from December 2013 through April 2016.

Consumers should stop using the light cube and contact Roylco for a replacement of the light source, where the battery is contained.