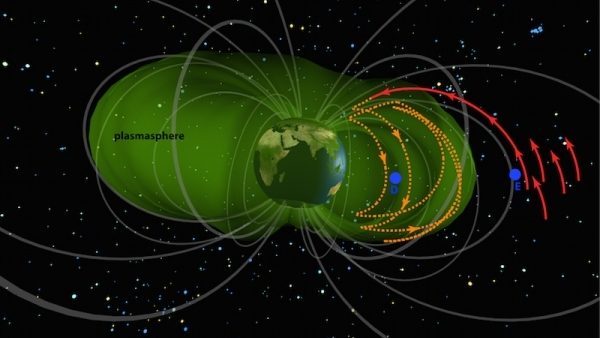 Scientists have recently discovered an invisible shield that protects the Earth from potentially dangerous radiation. The shield acts as a glass wall and can block electrons coming from the Van Allen radiation belt. These electrons travel at the speed of light and can damage satellites or potentially put astronauts at risk.

The shield is created from low-frequency electromagnetic waves in the Earth’s upper atmosphere that are caused by a phenomenon called “plasmaspheric” hiss. Scientists from the University of Colorado Boulder’s Laboratory for Atmospheric and Space Physics believe that these waves deflect the electrons at 6,800 miles above us, where the electrons collide with neutral gas atoms and eventually dissipate. The scientists are continuing their research to see if they can extend lifetimes of satellites or orbiting space stations by placing them inside the protective shield.