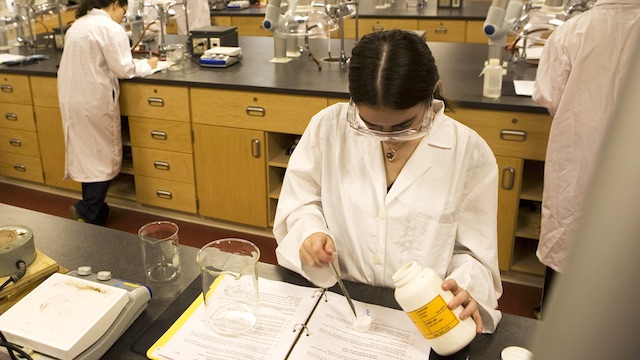 Scientists from Duke University have created a metal-free, dynamically tunable metamaterial ideal for controlling electromagnetic waves. This is the first of its kind, and could lay the groundwork for an assortment of different technologies.

Metamaterials are artificial materials designed by scientists. These materials can be altered to manipulate sound and light waves through structural properties, as opposed to the chemistry of the material. Some metamaterials are equipped with truly unique properties, such as the ability to bend light backwards, or being capable of absorbing specific ranges in the electromagnetic spectrum.

“These materials are made up of a grid of separate units that can be individually tuned. As a wave passes through the surface, the metamaterial can control the amplitude and phase at each location in the grid, which allows us to manipulate the wave in a lot of different ways.”

Willie Padilla, professor of electrical and computer engineering at Duke

A minuscule silicon cylinder is placed in each grid location. The cylinder is a mere 50 microns tall and 120 microns wide. Although silicon is not normally known for being a conductive material, researchers were able to change that. They bombarded the cylinders with a very specific light frequency, using a process known as photodoping. Photodoping allows material that normally insulates to take on metallic properties, due to exciting electrons on the surface of the cylinders.

Controlling light wavelengths could have countless fascinating applications. By adjusting the cylinder sizes, researchers were able to manipulate and interact with terahertz waves. Scientists believe that this technology could help to improve broadband communications. It could also be used in security technology to scan through people’s clothing. But these advances aren’t limited to terahertz waves; manipulating other bands on the electromagnetic spectrum for other purposed all depends on simply adjusting the size of the cylinders.

Scientists are continuing their research on this subject, and believe that further practical applications for the technology are just on the horizon.