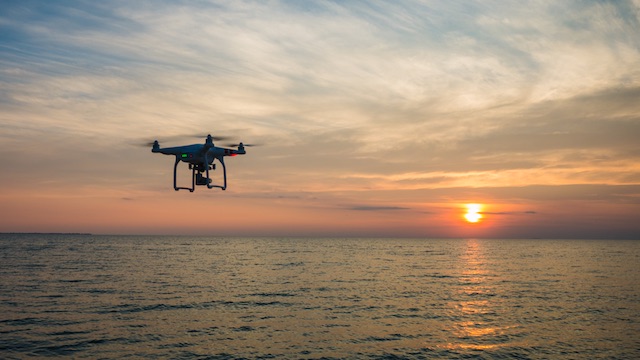 Engineers at the Massachusetts Institute of Technology (MIT) have designed a new algorithm that will allow for faster, more effective drones. This technology combines a new type of camera and allows drones to quickly process and interpret visual data, making it easier for them to navigate through the visual landscape.

The new camera that inspired this algorithm is called the Dynamic Vision Sensor (DVS). The DVS is unique in that it visualizes a scene based on brightness. Any changes to the brightness levels are duly noted and recorded over a period of microsecond intervals. This is cutting edge technology, but does come with a significant drawback: all this data can be overwhelming. Unable to process the visual data pouring in at such speeds, the drone might not be able to avoid obstacles in its path.

That’s where the new algorithm comes in. It tunes the DVS camera in a way that allows it to only detect changes in brightness. This dramatically cuts down on the visual input the drone has to deal, making it far easy for the device to process and interpret data along the way.

“There is a new family of vision sensors that has the capacity to bring high-speed autonomous flight to reality, but researchers have not developed algorithms that are suitable to process the output data. We present a first approach for making sense of the DVS’ ambiguous data, by reformulating the inherently noisy system into an amenable form.”

The DVS uses neuromorphic sensors, which imitate the way human and animal eyes work. They are photosensitive, providing drones with the capabilities to see changes in the brightness of an environment, and act accordingly to avoid obstructions. It is the first commercially available camera of this type, and promises an exciting future in this arena.

The new algorithm has created exciting new possibilities for the world of the drones, but the scientists behind it aren’t satisfied. Their next goal is to make this technology work even faster; they’re also looking into ways to combine the DVS with regular cameras, so drones could identify the objects around them.