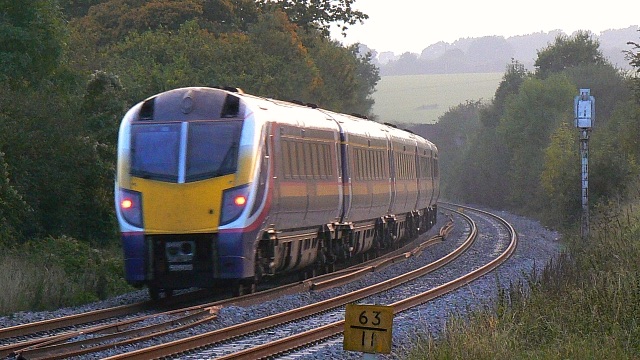 A new scientific collaboration between the University of the West of England (UWE Bristol), smart engineering solutions company Costain, and engineering technology company Enable My Team (EMT) might bring about an end to train delays. They’ve constructed a new system that can predict when pieces of technology and equipment used by trains, including train tracks, are most likely to fail — and it could change the train industry as we know it.

The system works thanks to specially formulated 3D modeling, as well as thousands of different sensors. The sensors gather data from station facilities and train tracks. These will include lighting, barriers, and even the ventilation systems. Once the data has been gathered, it will be sent to a new software called Internet of Things-enabled Platform for Rail Assets Monitoring and Predictive Maintenance (i-RAMP).

From there, the system will rely on artificial intelligence, which can analyze the data. The data is then used to create a predictive model of when and where a fault is most likely to occur. It can also pinpoint specific stress points or likely failures thanks to a 3D virtual model that shows the tracks and station. This will allow engineers to exactly identify problems before they happen, which could dramatically reduce the likelihood of train delays, and could even help prevent future railway accidents.

The sensors will track anything and everything that could impact the performance of the train system. These include humidity and temperature, vibration, and strain or pressure on a structure. By combining all these factors, the system will be able to pinpoint weaknesses and potential system failures with impressive accuracy.

“i-RAMP could bring reliability to the 1.7 billion annual passenger journeys on the UK railway, increasing productivity across the country. With machine learning and big data processing we can predict problematic vegetation, damaged structures and faulty signals, allowing repairs to be implemented before issues arise.”

The sensors are poised to be installed in London Bridge Station in 2019. They will serve as a trial for the system, and a way to pinpoint any specific issues or complications. The entire system is due to be finished by April of 2020. The UK intends to have about five other train stations outfitted with the new system by 2021.