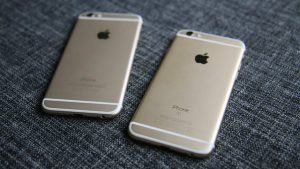 Radio Frequency Identification (RFID) technology is an accurate and convenient method for asset management and inventory tracking, but it comes at a cost. Some researchers have focused on redesigning RFID tags to make them smaller and therefore cheaper, but now two electrical engineers working for Disney Research have developed RFID technology that eliminates the tags altogether. The new system uses the electromagnetic (EM) signals that gadgets already emit, which makes this method less expensive than conventional RFID or even basic barcode methods. In a paper that was presented at the IEEE International Conference on RFID in April 2016, researchers Chouchang Yang and Alanson P. Sample wrote:

We present a low cost method for extracting the EM-ID from a device along with a new classification and ranking algorithm that is capable of identifying minute differences in the EM signatures. Results show that devices as [diverse] as electronic toys, cellphones and laptops can all be individually identified with an accuracy between 72% and 100% depending on device type.

The same researchers were also part of a team that invented a system that uses EM emissions to recognize objects by touch. While the previous technology could only distinguish between types of gadgets (such as an iphone vs. a television), the new system can even tell the difference between devices of the same make and model (e.g., your iphone 6 vs. your friend’s iphone 6). This is because variations in the manufacturing of components and in final assembly create slight differences in EM signals that can be used as a digital fingerprint.

The EM-ID system uses a simple $10 handheld reader to capture and digitize the signals emitted by the devices. This data is then sent to a nearby smartphone or computer, where software processes the signals to remove noise, leaving signature frequency peaks that are used to identify the device. Although this method isn’t 100 percent accurate for all types of devices, it is still a fast and inexpensive way to track electronic inventory. Sample explained in a press release:

Even though we can’t ensure that EM-IDs are always unique, we have a reliable algorithm for predicting the identification success rate. So when a new device is registered and entered into an inventory system, it can alert the user whether the device’s EM-ID is unique enough to be read or if an alternative strategy is needed.