Discovering Magnetism in the 2-D World of Monolayers 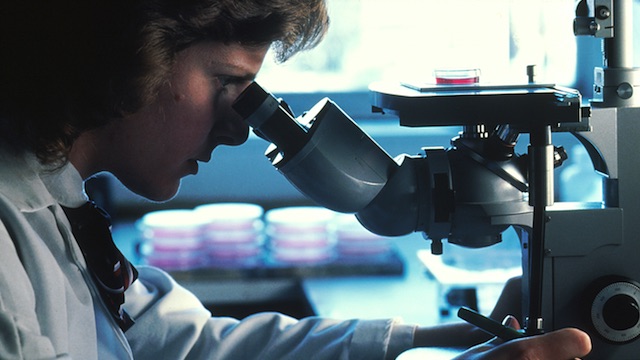 A team of scientists from the University of Washington and the Massachusetts Institute of Technology have discovered magnetism in the 2-D world of monolayers. This is the first time this has ever happened, and it may have profound implications regarding the world of 2-D. This conclusively proves that magnetic properties are capable of existing even in the 2-D realm.

The study was published in the journal Nature, and explains how monolayers (materials that are formed by a single atomic layer) previously had never been proven to have magnetic capabilities. Using a material called chromium triiodide (Crl 3), the scientists were able to confirm that magnetic properties do indeed exist in the monolayer world.

“What we have discovered here is an isolated 2-D material with intrinsic magnetism, and the magnetism in the system is highly robust. We envision that new information technologies may emerge based on these new 2-D magnets.”

Xiaodong Xu, UW professor of physics and of materials science and engineering, and member of the UW's Clean Energy Institute

Previous scientific research had proven that in its traditional 3-D form, Crl had ferromagnetic properties. Ferromagnetic materials have constituent electrons, which line up in the same direction without having to rely on an external magnetic field. But this is the first time a 3-D magnetic substance has successfully held on to its magnetic properties after being reduced to a single atomic sheet. This discovery is leading to some startling revelations about materials and their inherent magnetic properties.

“You simply cannot accurately predict what the electric, magnetic, physical or chemical properties of a 2-D monolayer crystal will be based on the behavior of its 3-D bulk counterpart.”

These monolayers can be used to create heterostructures (stacks of various ultra-thin materials). Heterostructures are of particular interest to the group because they can be used in advanced computing as well as emerging information technologies. The more scientists discover about monolayers and heterostructures, the more they believe that they will serve a major boon to the communications field.

Scientists believe this is just the tip of the iceberg when it comes to understanding the magnetic and ferromagnetic qualities of Crl3 and other materials. By stacking and unstacking the monolayers of various subjects, scientists will be able to develop a greater understanding of said materials’ magnetic properties, and why it reacts the way it does. The next step for the team will be investigating the properties of 2-D magnets.