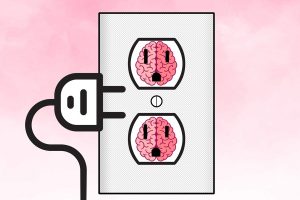 Engineers from the Massachusetts Institute of Technology (MIT) have built a new, smart electrical outlet. This outlet will have all the strengths of its predecessors, with none of the weaknesses and pitfalls that plague commercial outlets and power strips.

The smart power outlet is technically a device capable of analyzing the electrical current usage of one or more outlets. The device can distinguish between harmless electrical spikes (known as benign arcs) and those that are much more dangerous. Dangerous arcs include those that come about thanks to faulty wiring, which can lead to fires. Additionally, the device can be trained to determine what sort of item is plugged into each particular outlet.

The design of this device involves custom hardware. The hardware processes electrical current data in real-time. Meanwhile, the software analyzes the data through a neural network. A neural network is a set of machine-learning algorithms based on the inner workings of the human brain.

For this device, the algorithm was programmed with the ability to determine whether certain signals are harmful or not. The algorithm compares the captured signal to those the researchers used to train the system. By providing the network with an assortment of data to draw from, the device can quickly learn the distinct traits that will allow it to differentiate good signals from bad ones.

The smart outlet could be a huge factor in the growing Internet of Things (IoT). The outlet is capable of connecting to many devices wirelessly. Scientists behind the outlets believe that the device could be part of an enormous network. Customers could theoretically install the smart power outlets into their home, and track them via a phone app. The app would allow users to analyze and share information regarding their electrical usage. The data could be used to track which appliances use more energy and why, allowing scientists to further streamline their inventions.

“By making IoT capable of learning, you’re able to constantly update the system, so that your vacuum cleaner may trigger the circuit breaker once or twice the first week, but it’ll get smarter over time. By the time that you have 1,000 or 10,000 users contributing to the model, very few people will experience these nuisance trips because there’s so much data aggregated from so many different houses.”

Further research is needed before this device is ready for commercialization, but smart electrical outlets could prove to be a major game-changer when it comes to building the IoT.