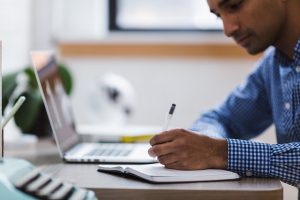 Researchers from the University of Arkansas are working to develop technology that will help protect electronic devices from high radiation. Their research is being funded by the US Navy, which hopes to create radiation-resistant electronic components for a variety of different applications.

The scientists will focus on creating radiation-resistant integrated circuits, as well as power electronics. The hope is that this work will bridge the gap between the cutting edge technology used by the military, as well as the electronics used commercially across the globe.

The scientific team hopes to be able to create electronic components that can operate successfully even when exposed to high levels of radiation. Such technology would be of particular use for creating components for nuclear reactors. Researchers will also work to improve the High Electron Mobility Transistor, a power transistor constructed of gallium nitride.

Traditional transistors switch on and off to regulate and control the flow of electricity; however, exposure to high-energy gamma rays can leave decides unable to switch between the two states. The rays interact with the electronics, which results in large amounts of excess free charges. As a result, the transistors can overheat and cease to function.

Scientists believe the solution to this issue could be a quantum well. Quantum wells are located within power devices and are constructed of thin layers of charge-confining materials. They can be used to trap the extra charges, keeping the transistors safe from the risk of overheating.

The team will focus on two types of exposure to maximize the effectiveness of their devices. Single-event radiation protection will guard electronics from a single hit of ionized particles, while total-dose radiation protection will help increase the amount of radiation a component is capable of absorbing over a period of time. Should this research prove successful, scientists believe it could be useful everywhere from inside a nuclear reactor to out in the far reaches of space, where it could be utilized by satellites.

“Our ability to send electronics into harsh environments enables us to explore new phenomena, safely monitor nuclear reactions and cost-effectively control industrial processes that are not possible otherwise.”

After the components have been completed, they will be sent to the Naval Surface Warfare Center-Crane Division, where they will undergo rigorous radiation testing.