Detecting Environmental ‘Noise’ That Can Damage The Quantum State of Qubits 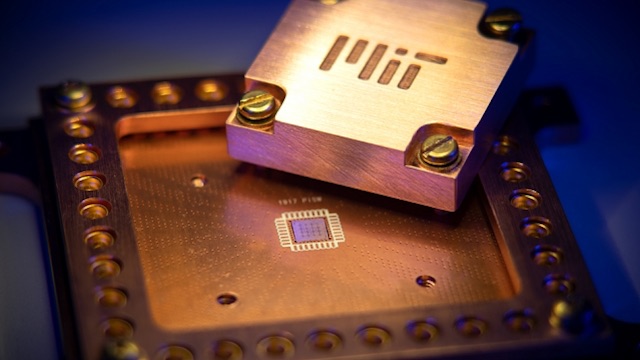 Scientists from MIT and Dartmouth College have created a new type of tool that can detect specific characteristics of environmental ‘noise’ known for its ability to destroy qubits. This invention could help provide researchers with greater insight into the microscopic noise mechanisms and how they impact the quantum state of qubits, which are a fundamental aspect when constructing quantum computers. By learning new ways to protect qubits, scientists hope to make further advances into the realm of quantum computing.

Qubits generally represent the two states which correspond to the classic binary bits, 0 or a 1. However, qubits also have the ability to maintain both states at the same time, which is called a quantum superposition. This state is required for quantum computers to operate at such fast speeds, performing complicated tasks quickly and easily. As such, it is important that qubits be protected so this state can be achieved and maintained.

Unfortunately, keeping qubits in this state is easier said than done. Their ability to maintain this specific state, referred to as quantum “coherence”, can easily be disrupted by specific noises. These noises can be the byproduct of heat, control electronics, and even impurities found in the very material the qubits come from. Wherever the noise comes from, it creates a very high risk of causing serious computing errors for researchers.

While scientists have constructed devices that measure these unwanted noises, they’ve generally only been able to capture very basic noises from a big number of sources – think of it as white noise. Because they are unable to identify specific disruptive patterns, researchers have been unable to determine how the qubit is impacted by any specific noise source or protect them from the damage these noise sources can cause.

Now, researchers have created a device capable of separating specific noises from the general background noise. After that, they relied on signal-processing techniques to reconstruct incredibly detailed facts and figures pertaining to those specific noise signals. These new reconstructions will provide researchers with the ability to craft far more realistic noise models, which would hopefully allow them to develop new ways to protect qubits.

As qubits are developed with fewer and fewer defects, the presence of specific noises — instead of the background noises scientists have learned to contend with – could increase. That makes this technology even more important to the ongoing development of quantum computing.