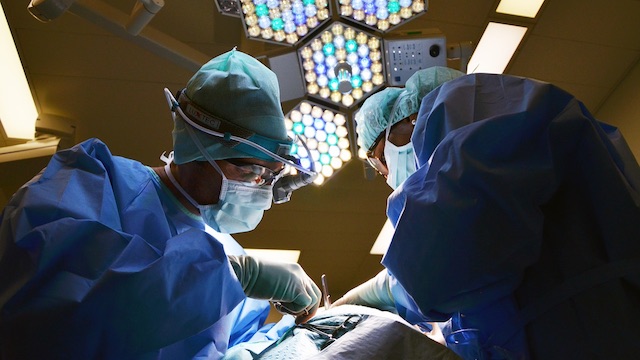 Scientists from the University of Nebraska-Lincoln have created a new type of dissolvable medical implants. These implants are highly customizable, so they can be altered to suit the specific needs of each patient. Unlike traditional permanent medical implants, these degrade over time. This would remove the need for a second, later surgery to remove the implants. The design could also significantly reduce patient’s pain and discomfort.

To make the design a reality, scientists utilized a very special 3D printer. The printer is the first in the world capable of integrating multiple materials and manufacturing processes at the same time. Additionally, the device is able to print highly reactive metals, including magnesium.

This was a key factor in the design of the dissolvable implants. Magnesium is an essential mineral in the human body; at the same time, it quickly degrades when exposed to salts, water, and oxygen. These unique attributes make magnesium the ideal option for dissolvable devices.

Originally, scientists tried laser shock peening to reinforce the magnesium implants. This process involved repeatedly striking the device with a laser to make it stronger and more durable. And while the devices were indeed tougher, they still lacked the fortitude to withstand the environment within the human body.

That’s when the 3D printer came into play. The printer is capable of eliminating almost every impurity that could negatively react with magnesium, including oxygen. The device also grants scientists the ability to construct the separate components one layer at a time. This has the advantage of allowing researchers to incorporate multiple materials in the design as needed.

Layering offers up additional advantages to scientists. By designing these devices one layer at a time, scientists are able to create intricate internal structures to suit the specific needs of a patient. They can also individually reinforce the layers of the implant using laser shock peening, ensuring an overall stable and secure structure. This allows scientists to minutely control corrosion throughout the entire device, instead of just on the surface.

Scientists are still in the testing phase of this project, but experts believe that once optimized the devices should have a lifespan of three to five years, depending on the needs of the patient. This could have enormous implications for the millions of people who rely on implantable devices around the world.