Design, verification and debugging of MIPI D-PHY Based Interfaces 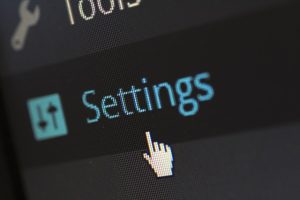 Rohde & Schwarz expands its offerings for MIPI D PHY interfaces to include a new triggering and decoding option for R&S RTO oscilloscopes. The R&S RTO-K42 software option supports developers during the design, verification and debugging of modules with MIPI D-PHY based interfaces. These interfaces are mainly used in cameras and displays in smartphones and tablets as well as in other electronic devices.

R&S RTO-K42 makes it possible for developers of MIPI DSI and MIPI CSI-2 interfaces to trigger directly on the content of high-speed and low-power packets. A particular challenge for MIPI D-PHY developers is that data content is split into up to four different channels, or lanes, for transmission and then brought back together again. The R&S RTO-K42 option addresses this challenge by allowing developers to choose the level of detail used to decode the protocol content during analysis, ranging from bitwise to lane-wise decoding all the way to output of the complete content for several merged lanes. Regardless of the user’s choice, data is always displayed in an easily readable format, either in a table or in a color-coded honeycomb diagram. Data rates of up to 2.5 Gbit/s per lane are supported.

Time correlation with the analog signal makes it easy to identify faults caused by signal integrity problems. In addition, the protocol content is available in a tabular list on which a powerful search and navigation function can be used. This makes it possible e.g. to identify, and perform a targeted analysis of, individual pixels during debugging.

Used in combination with the R&S RTO-K26 option for MIPI D-PHY compliance tests, Rohde & Schwarz offers developers a solution for quickly and reliably analyzing the physical layer as well as the higher protocol layers of devices with MIPI D-PHY interfaces.