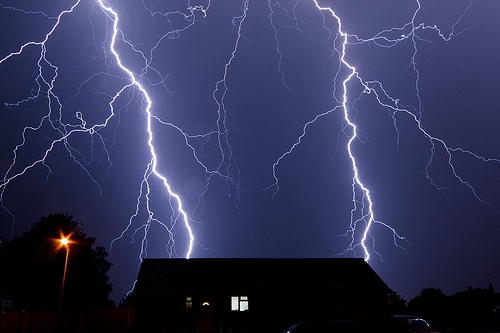 On August 17th lightning struck Google’s data center in Belgium four times. Despite the building’s secondary power system and the servers having battery backups, a few of Google’s customers still permanently lost data. Google accepts full responsibility, although it’s hard to blame anyone when lighting strikes twice, and then twice after that.

The power outage caused by the lightning strikes affected disks that were handling Google Compute Engine, a service that businesses use to store data and run virtual computers in the cloud. During the incident, approximately five percent of the disks in the data center experienced I/O errors, but technicians were able to restore most of the data. In the end, 0.000001 percent of the data was permanently lost. The damage would have been more widespread, but most of the disks at the data center had already transitioned to a new system that prevents data loss, even in extreme circumstances like Belgium’s quadruple lightning strike.