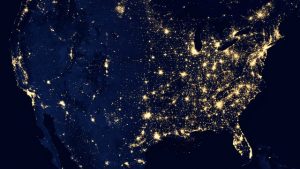 The U.S. Department of Defense is soliciting research and development proposals for ways to protect the United States from potential attacks on the electrical infrastructure (a.k.a. the grid). The new $77 million funding opportunity is being managed by the Defense Advanced Research Projects Agency (DARPA), the agency responsible for the development of emerging technologies for use by the military. The program, called the Rapid Attack Detection, Isolation and Characterization Systems (RADICS), aims to reduce the vulnerability of the electrical grid. Protecting the grid is a complicated task, since the U.S. grid is made up of 3,200 separate organizations.

“If a well-coordinated cyberattack on the nation’s power grid were to occur today, the time it would take to restore power would pose daunting national security challenges,” John Everett, DARPA program manager, said in the announcement. “Beyond the severe domestic impacts, including economic and human costs, prolonged disruption of the grid would hamper military mobilization and logistics, impairing the government’s ability to project force or pursue solutions to international crises.”

The goal of the RADICS program is “to develop automated systems that would help cyber and utilities engineers restore power within seven days of an attack.” Therefore, one of the specific objectives is to develop systems that can distinguish between abnormalities caused by normal power outages vs. malicious attacks. The program also calls for the design of a secure emergency network that could connect power suppliers in the critical period after an attack, so that affected utilities could communicate while being isolated from the internet during recovery efforts. Lastly, the announcement calls for “the research and development of systems that can localize and characterize malicious software that has gained access to critical utility systems.” Details on this new funding opportunity are described in a Broad Agency Announcement.