Cyborg Olympics: A Marvel of Robotic Technology and Human Perseverance

This October, one should plan to set aside time to enjoy the first Cybathlon, a competition in six disciplines where humans and robots work in unison to overcome challenges and obstacles. The one-day event is scheduled to take take place on October 8, 2016 in Zurich at the Kolping Arena where ‘racing pilots’ will take center stage along with his or her innovative bionic devices.

The concept was created by professor Robert Riener, head of the Department of Health Sciences and Technology at the Federal Institute of Technology (ETH) in Zurich. He was inspired after reading a local news story of a man using a powered knee prosthesis who climbed over 2,000 stairs up (or 103 stories) the Willis Tower, formerly known as the Sears Tower, located in Chicago, Illinois. Recognizing the sense of achievement and the positive influence of assistive technology and advanced prosthetics in every-day human life, Riener set out to create Cybathlon with the help of ETH Zurich and their sponsors. Their mission is to generate dialogue among academia and industry which will lead to further development of assistive technology and promote the use of robotic prosthetic devices.

For each of the six disciplined events, competing teams and pilots must meet the general competition rules. Pilots are screened for specific criteria to ensure that the degree of his or her physical disability does not put the individual at a significant disadvantage.

The six disciplined events scheduled to take place are:

We anticipate seeing technologies such as touch sensory limbs and electromagnetic mind control. The prosthetic devices are not only a marvel of technology, they are a tool of empowerment for the many individuals with physical disabilities. The event will highlight the hard work of competitors from around the world as well as the many engineers and scientists who helped and continue to help develop the technologies and equipment that power progress.

Check out some of these cool images from the Cybathlon Rehearsal 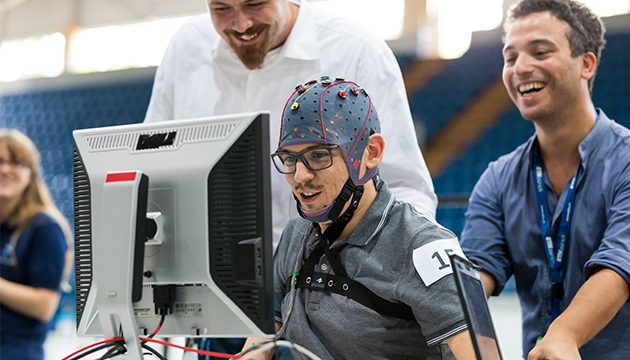 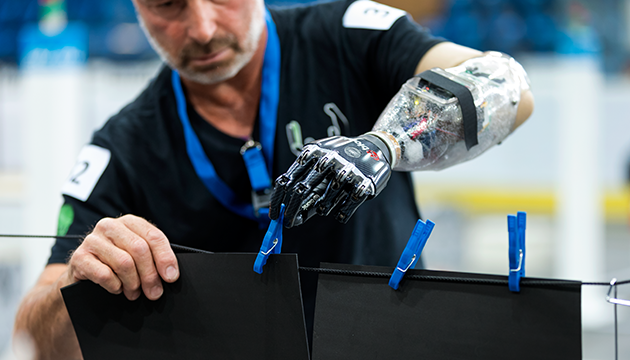 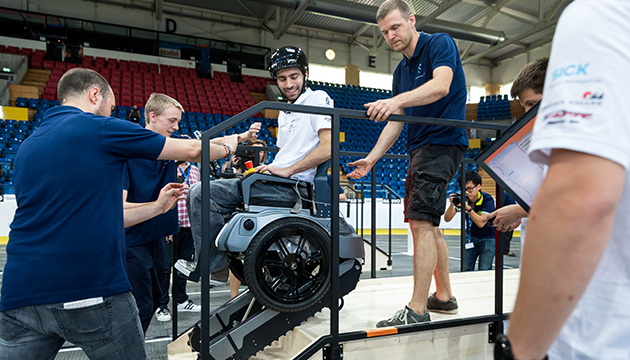