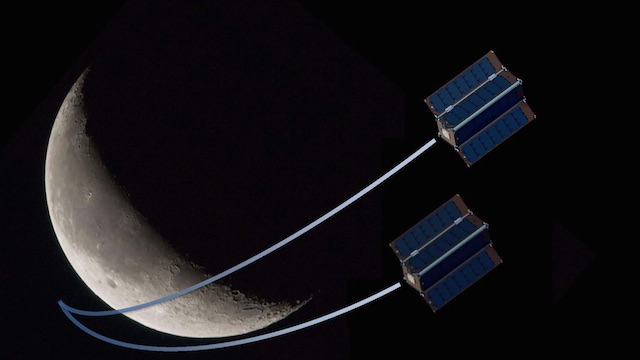 The European Space Agency (ESA) has announced that its latest technology will be launched early next year. The launch will take place in China, and will include the GomX-4B, the agency’s largest technology -testing CubeSat. It will be launched alongside the virtually identical GomX-4A. The devices will be used to test propulsion and intersatellite communications in orbit.

GomX-4B has been approved for space travel by its manufacturer, GomSpace. The Denmark-based company is preparing the device, which is roughly the size of a cereal box, for its launch. The event will take place in China on March 1st.

Most of the testing took place at GomSpace and similar facilities in Denmark. However, thermal-vacuum testing took place at the ESA’s technical center in the Netherlands. This testing process was critical: it will ensure that the CubeSats are capable of surviving the extreme temperatures and hard vacuum of low orbit, while still being able to accomplish their goals.

CubeSats are actually small nanosatellites. The GomX-4B is in fact larger than its predecessor, the GomX-3, which came out of the International Space Station back in 2015. The newest CubeSats will be released from a rocket, and then align their antennas. The GomX-4B will fly away from the other CubeSat, stopping at intervals of 100km. The intersatellite links will be activated and checked for effectiveness. Their movements will be controlled by new cold-gas propulsion, which was contributed by Sweden’s NanoSpace Company. The CubeSats will rely on these highly miniaturized thrusters to move through the atmosphere.

The CubeSats will maintain a link through flat patch antennas as well as software-controlled radios. The maximum distance for their communication is about 4,500km. This distance was not picked at random; scientists are operating under the concept that about 10 satellites will end up around the same orbital plane in the near future. The distance will keep them optimally spaced for communication.

From their lofty locations, the CubeSats will compile a plethora of data. They’ll observe environmental changes in 45 different spectral bands, rewarding scientists with tons of new information to study. Additionally, GomX-4B will test the susceptibility of certain components to space radiation. It also contains a dedicated radio receiver, which will allow the device to detect signals from worldwide air traffic.