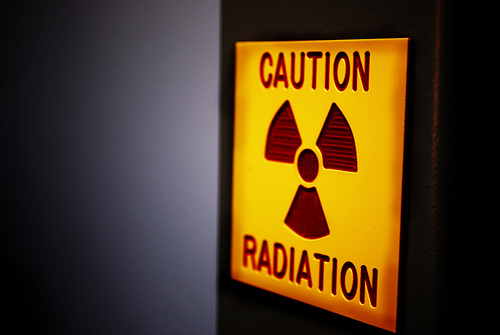 The trade group representing the wireless industry is suing the city of Berkeley, California, over an ordinance that requires cell phones to come with warning labels about radiation. The Cellular Telecommunications Industry Association, better known as CTIA–the Wireless Association, is asking a federal judge to stop the city from enforcing the warning label rule, which was approved by the Berkeley City Counsel in May.The new ordinance would require cellphones to come with the following warning.

To assure safety, the Federal Government requires that cell phones meet radio frequency (RF) exposure guidelines. If you carry or use your phone in a pants or shirt pocket or tucked into a bra when the phone is ON and connected to a wireless network, you may exceed the federal guidelines for exposure to RF radiation. This potential risk is greater for children. Refer to the instructions in your phone or user manual for information about how to use your phone safely.

The CTIA argues that the warnings are alarmist and inconsistent with the Federal Communications Commission’s stance that there is no scientific evidence for wireless phone usage causing health risks. Furthermore, the trade group says the ordinance violates cellphone companies’ first amendment rights by forcing them to share a message that is contrary to their beliefs. They argue that the government already regulates the wireless industry and has standards in place to ensure that cellphones are safe. The city, on the other hand, says that the warning labels actually emphasize existing government guidelines by making them more prominent and putting them into language that a typical consumer can understand.

In 2013, the CTIA won a similar case against San Francisco. Still, they are not taking Berkeley’s ordinance lightly. The CTIA is being represented by Theodore Olson, a lawyer who Time magazine has called one of the 100 most influential people in the world. He is known for stopping the Florida voting recount in the 2000 presidential election and for his work overturning California’s Proposition 8.