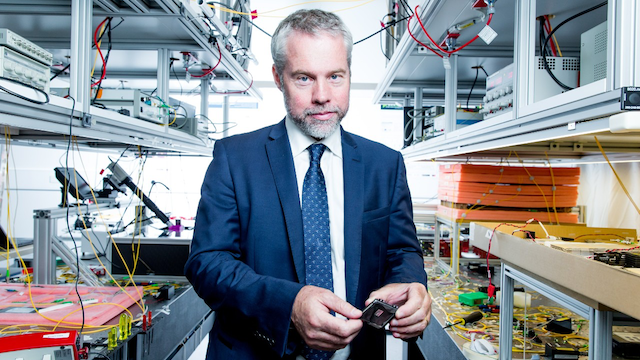 Scientists from the University of Sydney Nano Institute have found a way to take the feedback from optical fibers and use it to create what they are calling the next generation of integrated circuits. By combining the power of light and sound, researchers believe they could one day revolutionize broadband and 5G networks as well as radar systems, sensors, and defense systems.

When information travels along optical fibers at the speed of light, it creates tiny vibrations along the polymer and silica fibers it uses to move around. These vibrations result in acoustic waves, which can best be described as feedback packets of sound. These packets, generally known as phonons, cause light to disperse in what has been termed ‘Brillouin scattering.’

Brillouin scattering is not popular among those in the communications electronics industries, and with good reason: it interferes with signals, reducing the power. However, some scientists see this issue as potential and believe that by combining light and sound, they could one day create the next generation of integrated circuits.

“Not only do we see immense technological applications, but also the wealth of pure scientific investigations that are made possible. Brillouin scattering of light helps us measure material properties, transform how light and sound move through materials, cool down small objects, measure space, time and inertia, and even transport optical information.”

Professor Gaurav Bahl from the University of Illinois at Urbana-Champaign, and co-author of the paper

Scientists believe they can create an enhanced feedback loop by combining photons and phonons, in a technique that is known as stimulated Brillouin scattering. Although this technique was first discovered in the 1960s, researchers are only now realizing the potential power of this scattering. It would allow for a new way to integrate optical information onto a chip. he sound waves would essentially operate as a buffer, slowing down the data without running the risk of overheating the chip in the process.

While the theory and prototypes of these new chips have proven sound, it will be some time before these integrated systems can be commercialized. Besides finding the ideal way to successfully integrate radio frequency and microwave processors that will optimize the optical-acoustic interactions, scientists still have to work out which materials will work best for these integrated systems. So while the third generation of integrated circuits may be closer than we think, there’s still a long way for researchers to go.