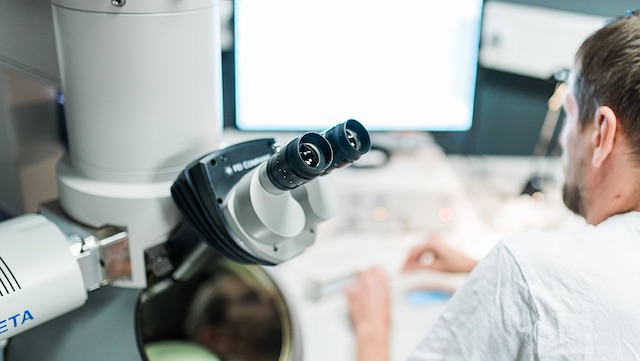 Scientists from Columbia Engineering have invented a new method that allows them to safely extend the lifespan of lithium batteries. This could prove a huge help in a number of industries that rely on lithium batteries, including portable devices and electric vehicles. Researchers have outlined their findings in a new study — and say that this is just the beginning of their research.

Lithium batteries are one of the most commonly used throughout the world. Unfortunately, they are not without their flaws: they have a short battery life as a result of their low energy density, and need to be replaced frequently. Additionally, they are filled with a highly flammable liquid electrolyte which can prove dangerous; in some circumstances, it can even cause fires. As a result, scientists have been seeking a way to extend the battery life of lithium batteries safely.

Attempts were made to improve the energy density of lithium batteries by replacing the graphite anode traditionally found in lithium batteries. Unfortunately, dendrites have a habit of forming during lithium plating. Should they penetrate the membrane separate found in the middle of the battery, they could short-circuit and even lead to fires breaking out.

The solution then, according to scientists, was solid ceramic electrolytes. These have the advantage of being non-flammable and containing a high mechanical strength. This strength can be used to suppress lithium dendrite growth. The downside is that most solid electrolytes are unstable against lithium metal, and can quickly corrode as a result. To combat this issue, researchers created a protective layer out of boron nitride nano-film. This allowed scientists to isolate the electrical contact between the ionic conductor and lithium metal, in addition to trace amounts of polymer or liquid electrolyte, which enters the electrode/electrolyte interface. The boron nitride not only is mechanically and chemically stable when it comes into contact with lithium, it has the added advantage of being easy to fabricate. Scientists also made sure to design the layer of boron nitride with intentional defects, which allow the lithium ions to pass through, so it can operate as a separator.

Scientists next into to extend their method to other unstable solid electrolytes. They will also work to further optimize their interface, and hope to fabricate sold-state batteries with extremely long lifespans that are also safe and effective.