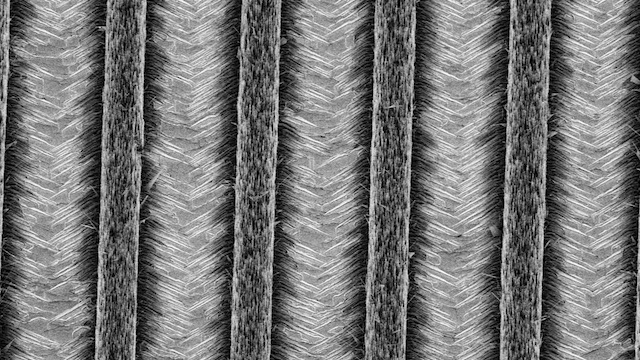 Researchers at the University of Massachusetts Amherst have created a new type of environmentally friendly protein nanowires for use in biomedical and environmental sensing. Experts believe this research could lead to the use of more sustainable and ‘green’ technology in this field.

Scientists have long seen the advantages of using protein nanowires over their silicon and carbon counterparts. Protein nanowires surpass other types in terms of their ability to be modified as needed, stability, and biocompatibility. Unfortunately, it has proven difficult to incorporate the nanowires into a flexible matrix that works with wearables and other flexible devices.

To get around this issue, scientists mixed protein nanowires with a non-conductive polymer. This resulted in electrically conductive composite materials. The resulting wires are extremely durable and easy to process into a variety of materials — all while being made of protein.

These wires have the added bonus of being a sustainable material. Scientists can mass-produce the nanowires with microbes that are grown with renewable feedstocks. Traditional nanowire manufacturing demands high energy inputs and a variety of chemicals. The protein nanowires, on the other hand, are thinner than silicon wires. They also remain stable in water, which makes them ideal for an assortment of biomedical applications.

The protein nanowires were used to form an electrically conductive network after being introduced to the polymer polyvinyl alcohol. The nanowires were then introduced to an assortment of harsh conditions including high acidity and heat, and still continued to function well.

The pH significantly impacts the conductivity of protein nanowires that have been embedded in the polymer. Scientists believe this can be used to detect an assortment of serious medical conditions where an altered pH served as a biomedical parameter diagnostic. The structure of the protein nanowires can be genetically modified by scientists to allow the wires to detect a wide assortment of biomedical signifiers.

Scientists have applied for a patent on their creation. They continue to work on tailoring the nanowires to make them useful and effective in an array of biomedical applications.