Creating Electrodes for All Solid-State Batteries 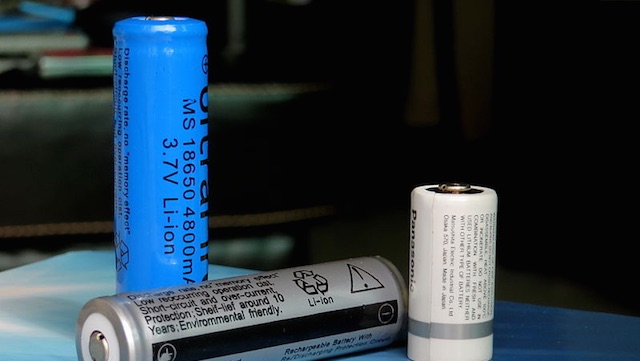 Researchers from Tokyo Tech have designed a new type of battery that addresses one of the major issues found in all solid-state batteries. This new design features batteries with a low resistance at their electrode/solid electrolyte interface. These batteries have powerful electrochemical properties and are far and away superior to traditional Li-ion batteries. Scientists believe their work has demonstrated the powerful potential for all-solid-state battery technology, and how it could be commercialized for mass production.

Lithium ion batteries have grown rapidly in popularity over the past few decades, and are virtually ubiquitous in electronic devices. Unfortunately, that time may be coming to a close; scientists are worried that traditional Li-ion battery technology is drawing dangerously near its fully potential. When that happens, a new type of battery will be needed to charge our electronic devices.

That’s where all-solid-state batteries come in. They’re the newest breed of Li-ion batteries; tests have shown they could potentially be far safer and more stable devices with significantly higher energy densities. The problem arises due to one major issue: the resistance at the electrode-solid electrolyte interface is far too high. This dramatically slows fast charging and discharging of the battery.

To deal with this issue, scientists from Tohoku University and Tokyo Tech fabricated an all-solid-state battery that had extremely low interface resistance. They did this by fabricating and measuring the batteries under ultrahigh vacuum conditions. This ensured that the electrolyte/electrode interfaces would remain free of impurities.

After fabrication is completed, the electrochemical properties of the new batteries were defined so as to help better understand Li-ion distribution around the interface. Scientists used X-ray diffraction and Raman spectroscopy to analyze the crystal structure of the thin films that make up the battery. Li-ions were seen to spontaneously migrate from one layer to another; this converted half of one layer into another chemical structure at the interface. The reverse migration of the ions was seen to occur during the original charging process, and was used to help regenerate the converted layers.

The resistance of the interface ended up being two orders of magnitude smaller than those of earlier LMNO-based all-solid-state batteries. The results were verified using electrochemical impedance spectroscopy. The batteries showed fast charging and discharging capabilities; in fact, they proved capable of charging/discharging half a battery in just one second. Additionally, the cyclability of the battery showed no degradation in performance, ever after 100 full cycles. Scientists are confident that these findings could effectively change the industry of modern portable electronic devices and how we charge our technology.