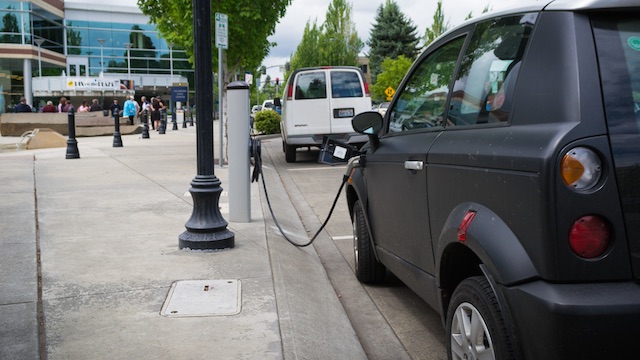 Scientists from Penn State University have created a new kind of battery for electric vehicles. This new battery not only has rapid charging power, it can also self-heat. Because of this remarkable feature, the battery can charge quickly regardless of how cold the temperatures might get.

While traditional lithium-ion batteries cannot quickly charge if the temperature is below 50 degrees Fahrenheit, the new battery is of a much sturdier breed. The new model is capable of fully charging in 15 minutes at any temperature — even when it drops as low as negative 45 degrees Fahrenheit.

“Electric vehicles are popular on the west coast because the weather is conducive. Once you move them to the east coast or Canada, then there is a tremendous issue. We demonstrated that the batteries can be rapidly charged independently of outside temperature.”

One of the most impressive features of the cell is that it is capable of switching from heating to charging automatically. Another is its sheer durability. When tested, scientists determined the prototype was capable of withstanding 4,500 cycles of 15-minute charging at freezing temperatures, while suffering only a 20% capacity loss. For the layperson, this mean that you could drive roughly 280,000 miles an enjoy a lifetime of 12.5 years.

By comparison, a conventional battery simply didn’t match up. Tested under the same conditions, the battery lost 20% of its capacity in a mere 50 charging cycles. Scientists are now moving on to commercialization of the new battery, which they believe could significantly help encourage growth in the electric vehicle market.