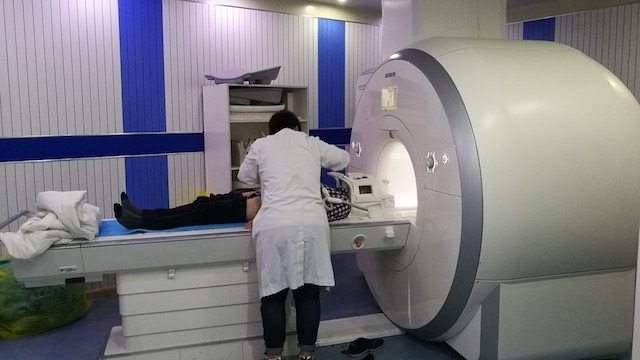 Scientists from Michigan Tech have altered the structure of radio probes to improve the performance of magnetic resonance imaging (MRI) machines. They have accomplished this feat by taking the radio probes and turning them from coils into antenna-like structures. Research shows that using structures similar to those employed in microstrip patch antennas could dramatically outperform the conventional coil probes currently being used.

“When frequencies become higher, wavelengths become shorter, and this leads to deterioration of magnetic field uniformity. Uniformity is important for high-resolution images, so we proposed a new approach to developing these probes.”

Elena Semouchkina, a professor of electrical and computer engineering at Michigan Technological University

The new design is simple, easy to construct, and significantly cheaper than current models being used in the medical world. Microstrip patch antennas (MPAs) are constructed out of flat metallic patches. The patches are separated from larger pieces of grounded metal by dielectric layers. In order for the MPAs to work as MRI probes — and to ensure they produce uniform magnetic fields — scientists had to alter the shapes and dielectric layers.

Using ultrahigh magnetic fields can cause serious damage to humans. To protect patients, most MRI machines rely on metal tubes that use fairly low fields and lower probe frequencies. Humans are capable of sustaining frequencies up to seven Teslas; ultrahigh fields, on the other hand, can sustain frequencies up to 21.1 Teslas. To ensure their work was safe, scientists used technology that redirects and controls electromagnetic waves. This work was recently used to help create a prototype for an invisibility cloak.

Scientists believe that their work will lead to more powerful and effective MRI machines that are still safe for use on humans in medical and research environments. Next, researchers will work on the electrical engineering aspect of the project. They hope to further modify and improve the probes. Ultimately they hope to create ultraigh-field MRI machines capable of producing incredibly detailed and high-quality images, while ensuring the safety of the professionals and patients who rely on this technology.