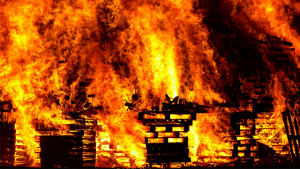 Several consumer protection groups in Australia are concerned that recalled Samsung washing machines are still dangerous, even after they have been repaired. In April 2013, Samsung announced a voluntary recall of six models, totaling 144,451 machines that were manufactured from 2010 to 2013. The machines pose a safety hazard when moisture condenses on an internal electrical connection, which then degrades, overheats, and can catch on fire. To remedy this defect, technicians are repairing the washing machines with what is essentially plastic bags and tape. Samsung has said that the repair, which involves applying a fire-retardant polyethylene bag to the electrical connectors, was approved by safety regulator NSW Fair Trading, the state agency that is leading the recall. However, there is growing alarm as the machines continue to cause fires. There have been 207 related fires since the recall, several of which have been caused by machines that were already repaired.

Adding to the questions about whether the repair is good enough, consumer advocates are also concerned that many people are still unaware that their washing machines could start fires. Samsung announced the recall with print, online, and radio advertisements, but 70,000 defective machines are still in consumers’ homes. Now CHOICE, an independent consumer advocacy group, is crowd-funding a TV ad to warn consumers about the potentially dangerous appliances.

The Australian Competition & Consumer Commission (ACCC) is now recommending that owners seek refunds or replacements instead of repairs. They published a statement recommending that owners immediately unplug and remove the recalled machines from their homes, and reminding consumers that they are legally entitled to a refund. “The recalled Samsung washing machines fail to comply with the consumer guarantee of acceptable quality, as they have a major safety failure. In these circumstances, the consumers have a choice of remedy which is not overtaken by the electrical safety recall,” said ACCC Deputy Chair Delia Rickard.