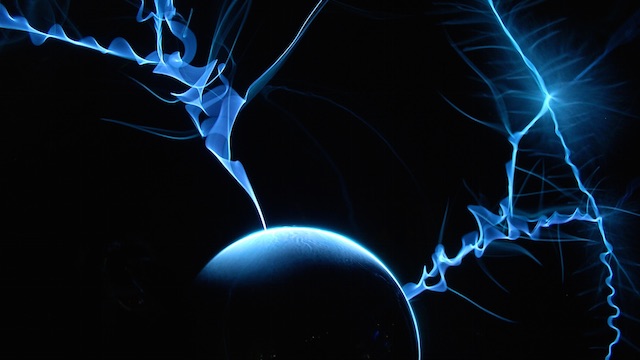 Researchers from the Czech Technical University have released a new paper analyzing the influence of conductor permeability, and how it impacts the precision of yokeless current sensors. The scientists also evaluated the difference in magnetic fields distribution around non-magnetic and magnetic conductor. The results provide significant insights into the permeability of ferromagnetic conductors, and how they affect the readings of electric current sensors.

Yokeless current transducers are often employed to measure large electric currents. They do not suffer from yoke saturation; that, along with their small size and low price, makes them ideal for this type of work. However, if the measured current has DC component, a Rogowski coil cannot be utilized. In this case, a differently magnetic sensor is placed on the surface or inside the measured conductor.

The problem with this method involves integrated sensors. Using only two sensors in differential configuration means there is a high sensitivity to external currents. Because of this, scientists have been exploring circular arrays. When combined with DC magnetic sensors, this method is far more effective; however, using Hall sensors often results in poor DC stability.

Scientists were flummoxed, until they decided to incorporate microfluxgate sensors. This technology lends itself to strong DC stability. Just as important, the current range can be increased to hundreds of amps. By measuring and calculating the magnetic flux densities around a rectangular conductor, scientists were able to explore a variety of different options for conductor permeability.

Using iron iron and copper as the conductor material, scientists were able to measure and record the material properties used for FEM simulations. They confirmed the fit with measured field values around the conductor. Because of this work, scientists learned that yokeless current sensors cannot be used for iron busbars — at least not without significant recalibration. At DC and in minimum distance, the maximum error caused by the busbar permeability hit around 33%. Increasing the distance to about 6mm showed a drop in errors to 10%.

While errors still hamper this work, scientists discovered another interesting fact during their research. With frequency, the errors slightly decrease. This tells scientists that the dominant source of error is not from the difference in resistivity of iron and copper. All of this information will lend itself to further research on improving the conductor permeability on electric current transducers.