Companies Have Formed Agreement to Test a 5G Proof of Concept on the 4.5GHz Frequency Band in Japenese Cities 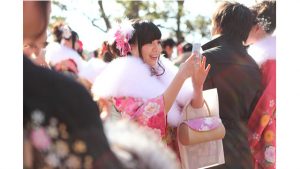 Ericsson and KDDI, a Japanese operator, have agreed to test a 5G proof of concept on the 4.5GHz frequency band in a number of cities across Japan.

The 4.5GHz frequency band is one of the candidates for 5G in Japan and the agreement is an extension of the previously announced 5G research and development collaboration between the two companies, which involves the development of a common understanding of 5G use cases, requirements and deployment scenarios, as well as evaluating the performance of potential key 5G components and examining how they can be applied.

During the trial, KDDI and Ericsson will carry out a large number of tests across a wide range of 5G use cases on the 4.5GHz and 28GHz frequency bands, including interworking between 5G and LTE.

Chris Houghton, Head of Market Area North East Asia, Ericsson, says: “These 5G proof of concept test activities will help us design the best possible 5G network for KDDI. 5G is an evolution of LTE and by using the 4.5GHz frequency band, we will be able to further develop our features and optimize the interworking between 5G and LTE.”