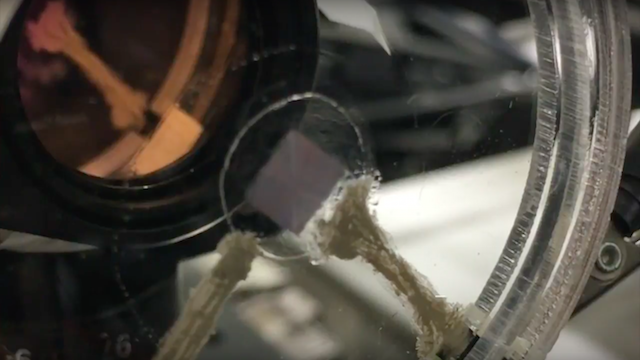 Scientists at the Harvard John A. Paulson School of Engineering and Applied Sciences have created a new type of artificial eye. Using adaptive metalenses, this technology is directly inspired by the human eye and how it functions. The adaptive metalens signifies an important step forward in medical technology, as well as a variety of devices that rely on visual capabilities.

The metalens is capable of fixing three of the major factors that lead to blurry images — and can do so simultaneously. Focus, astigmatism, and image shift are all controlled by the device, which is essentially a flat, electronically controlled artificial eye. The metalens mimics the behavior of a human eye, which is capable of adjusting focus in real time.

“This demonstrates the feasibility of embedded optical zoom and autofocus for a wide range of applications including cell phone cameras, eyeglasses and virtual and augmented reality hardware. It also shows the possibility of future optical microscopes, which operate fully electronically and can correct many aberrations simultaneously.”

In order to construct this artificial eye, the first hurdle scientists had to overcome was the challenge of scaling up the metalens. Previously, metalens have been about the size of one piece of glitter. Metalenses are able to focus light while eliminating spherical aberrations. They accomplish this using a complex pattern of nanostructures; every pattern is smaller than a wavelength of light.

To increase the size of the metalenses the researchers had to develop an entirely new algorithm. The algorithm allowed them to shrink the file size. As a result, the metalens is now compatible with current technology that’s used to fabricate integrated circuits.

The next step involved finding a way to adhere the metalens to an artificial muscle. Researchers also had to ensure they would not compromise the ability to focus light. To achieve this goal, researchers selected a thin, transparent dielectic elastomer with low loss to attach to the lens. In this case, low loss means light is able to travel through the material with only minimal scattering. Next, they had to find a way to transfer the lens and ensure it would adhere to the soft surface.

That’s where the elastomer comes into play. It is controlled by applying voltage. The position of nanopillars on the surface of the lens shift as the elastomer stretches. Then the metalens can be tuned; the new technology allows researchers to control both the position of the pillars as well as the total displacement of the structures. All told, this incredible technology is a mere 30 microns thick. The human eye can’t see anything smaller than 40 microns thick — no mean feat of technology.

The intellectual property associated with this project has been protected by the Harvard Office of Technology Development. The office is currently exploring opportunities for commercialization.