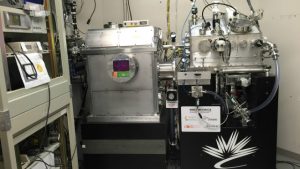 Researchers have discovered one of the reasons why today’s lithium-ion batteries are so inefficient. The ions inside a battery should flow back and forth from one electrode to another, but it turns out that they often get stuck, causing “traffic jams” that reduce the battery’s capacity. Now that the problem has been identified, several possible solutions could improve batteries in the near future. Lead researcher Sarbajit Banerjee, of Texas A&M University, says:

Fundamentally, when you have a battery, every time you use it, it starts to die a little bit,” Banerjee said. “The more you use it, the more it dies. Eventually, it becomes unusable. Theoretically speaking, you expect a certain performance from a battery, and you rarely ever get there. People have been at a loss to understand all the factors that contribute to this lack of full capacity. This study points us in that direction.

The discovery was made by a team of researchers from Texas A&M University, Lawrence Berkeley National Laboratory, Binghamton University and the National Institute of Standards and Technology (NIST). The study is described in the journal Nature Communications. They used an extremely powerful soft X-ray microscope to image a traffic jam of lithium ions chemically driven through the nanowire-based channels of a simulated battery. They also identified exactly where the electron sits within the particle. Once the lithium gets in, a subtle distortion causes the electrons to get trapped in a plane, where they form what the researchers describe as “puddles of charge” that can’t move as they should through the material. Banerjee explained: 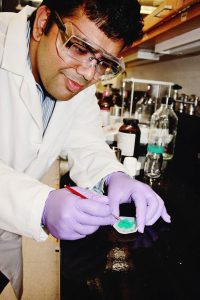 You can always draw an analogy between water and electrons. They are making these little puddles, but until the puddles are connected, they can’t flow. Once you have enough electrons coming in, they can all link up and start flowing. But until that happens, they’re all stranded, and they can’t move to charge or discharge something. And so they go out and hang in different areas of the particle. They’re all sort of sitting, defining different regions, and they aren’t able to move easily.

In the future, the researchers plan to build a new and improved battery by helping electrons move back and forth without getting stuck. They have already started developing several novel materials that could solve the traffic jam problem and lead to better batteries.