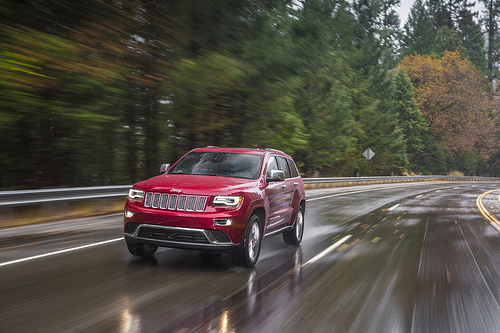 The newest generation of cars is increasingly connected to the internet, which is convenient for drivers and hackers. On Tuesday, an article in Wired exposed just how dangerous wireless carjacking can be. To demonstrate, a journalist drove a while hackers Charlie Miller and Chris Valasek took control of the speakers, windshield wipers, and even the transmission, steering, and brakes. The car hadn’t been altered in any way, but hackers gained access by connecting to the car’s stereo system from the comfort of a couch in Miller’s basement. The hacking team has spent the past year researching techniques for to wirelessly controlling vehicles through the internet. Although the tests were performed on a Jeep Cherokee, Miller and Valasek said that other vehicles that have Chrysler’s “UConnect” feature are susceptible to similar attacks. They first warned Chrysler about the vulnerability in October and have been in touch with the company several times since then.

Just two days after the Wired article published, the National Highway Traffic Safety Administration announced that Fiat Chrysler is recalling 1.4 million vehicles to prevent this kind of hack. Certain 2013-2015 models with 8.4-inch touchscreens are affected. The automaker developed a software patch to solve the car’s security problems. Chrysler will send owners a USB drive with the software, which can also be downloaded from the UConnect website. Earlier this week, Miller confirmed that the patch does fix this particular security weakness. However, automotive software continues to be a growing safety concern for the industry.