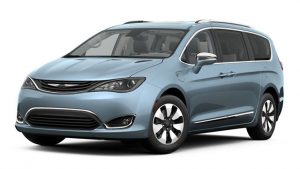 The impacted vehicles have diodes in the Power Inverter Module (PIM) that may fail due to an overvoltage condition. If the diodes fail, the vehicle will not move under its own power.

Chrysler says that it has not yet finalized its remedy plans for this recall. Owners of the recalled vehicles will receive notification from Chrysler beginning on July 24, 2017.