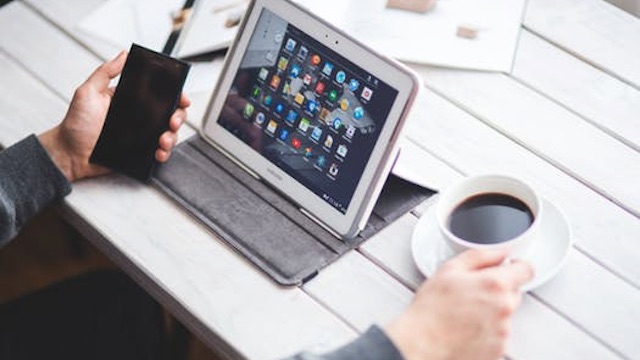 Everyone loves their wireless devices. Be it a smart phone or tablet, every day there are more and more devices turning on and connecting to the wireless world. Unfortunately, all this technology needs bandwidth — and that comes in a finite supply. Now the challenge becomes finding a way to make room for all these devices without sacrificing speed or reliability. And a new breakthrough could prove to be just what we’ve been waiting for.

Scientists from the ARC Centre for Ultrahigh Bandwidth Devices for Optical Systems at the University of Sydney have managed to achieve radio frequency signal control in sub-nanonsecond time on a remarkably small optical device. The chip allows engineers to create incredibly fast tunable delay lines. These lines could eventually lead to broader bandwidth for more people — something we are sorely in need of.

The chip-like device isn’t just small, it’s speedy: operating in mere milliseconds. It’s far faster than its predecessors and without any of the complications that made them so slow and clunky. The chip focuses on radio frequencies, which are a specific range of electromagnetic wave frequencies. By making them tunable, scientists can now alter and adjust them as needed. Speed is the main difference, allowing scientists to quickly and effectively alter the radio frequency signals as needed.

“For example, to reduce power consumption and maximize reception range for future mobile communications, RF signals need to achieve directional and fast distributions to different cellular users from information centres, instead of spreading signal energy in all directions.”

Unlike many experiments and discoveries that can take years to implement, this breakthrough can begin impacting our current cellular network within a decade. Scientists are currently working on creating silicon versions of this technology that can work in small mobile devices. Soon the concern over bandwidth and slow wireless speeds could be nothing more than an unpleasant, and distant, memory.