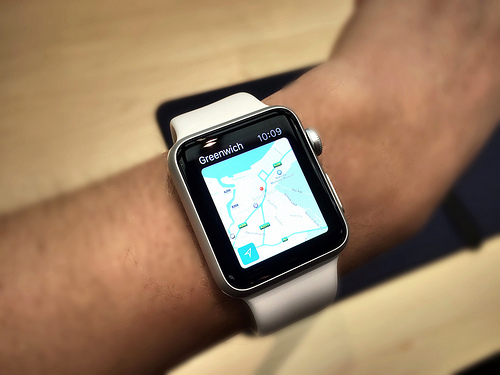 The Chinese military issued a stern message to soldiers and the public, warning that that connected wearable devices pose a national security risk when worn by military personnel. The warning was published on May 10 in the Chinese newspaper People’s Liberation Army Daily. According to the article, it all started because a Chinese soldier wanted to take a picture of his comrades with a smart watch he received as a birthday gift from his girlfriend. While he was snapping the photo a superior officer noted the security risk and prompted the larger tech crackdown. Although an official ban has not been announced, the army urged “vigilance and awareness” and made it clear that the use of wearables by military personnel will not be tolerated.

Officials are especially concerned that built-in sensors could reveal military secrets. They cautioned that watches, fitness trackers, and glasses that are connected to the internet can expose data about soldiers’ locations, or health conditions. The Chinese army isn’t the only group to raise concerns about how easy it is to steal confidential information now that modern electronics make internet connections ubiquitous. Here in the U.S., the Federal Trade Commission has raised privacy and security concerns about the Internet of Things and the Air Force has invested millions in electronic warfare. Former Vice President Dick Cheney even had the wireless functionality of his heart implant disabled  in order to block potential hackers from stopping his heart. It makes sense for anyone—especially the military—to be cautious with wearable devices, but China’s stance is a bit extreme. A complete ban would prevent soldiers from using high-tech tools that could improve their performance.