Charging Your Electric Vehicle In 10 Minutes Or Less 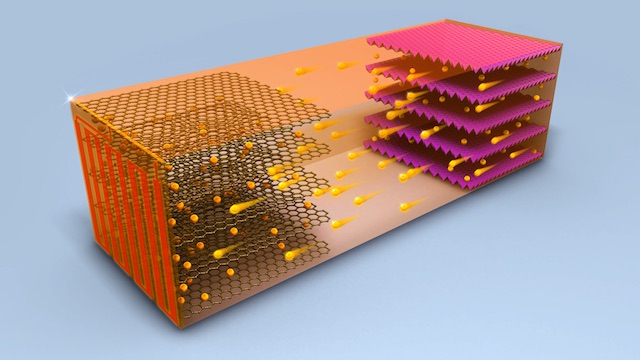 Researchers from Penn State University have devised a new way to fully charge the battery in an electric vehicle in just ten minutes. The team demonstrated that they can now charge an electrical vehicle for a range of 200 to 300 miles while maintaining 2,500 unique charging cycles. That adds up to nearly half a million miles traveled, meaning drivers will spend more time on the road and less time charging their vehicles.

Lithium-ion batteries are typically used in electric vehicles; unfortunately, they tend to rapidly degrade when the ambient temperature drops to under 50 degrees Fahrenheit. This is because the lithium deposits on the anode surface in spikes, as opposed to the lithium ions being seamlessly inserted into the carbon anodes. While the lithium plating of the battery helps reduce cell capacity, it also runs the risk of hazardous battery conditions and unexpected electrical spikes.

Researchers decided to see if they could increase the speed of charging while reducing unsafe battery conditions. They heated the battery up to 140 degrees Fahrenheit, but only for 10 minutes. Once the time had elapsed, they rapidly cooled the battery to ambient temperatures (around 50 degrees Fahrenheit), noting that lithium spikes did not form due to the changes in temperature. Additionally, the battery did not experience any heat degradation during the process.

Taking this battery to the extreme of 60 degrees Celsius (140 degrees F) is forbidden in the battery arena. It is too high and considered a danger to the materials and would shorten battery life drastically. The 10-minute trend is for the future and is essential for adoption of electric vehicles because it solves the range anxiety problem.

The battery is self-heating, and relies on a thin nickel foil. The foil is attached at one end to the negative terminal, while the other stretches out beyond the cell as a third terminal. A temperature sensor was added to the switch, which allows electrons to flow through the nickel foil, thus completing the circuit. This design allows the battery to be quickly warmed from the inside, thanks to the nickel foil.

Researchers will continue to work on their new fast-charging battery concept and hope to soon end up with a streamlined design that can be used by electric vehicles across the country and the world.