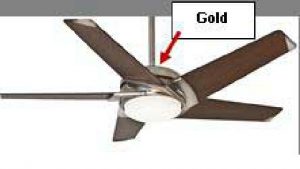 This recall includes 43 different models of Casablanca ceiling fans, totaling approximately 30,000 fans in all.  The fans were sold at lighting store showrooms nationwide and major home improvement online retailers from January 2013 through December 2014 for between $350 and $620. Affected models have a gold label on top of the motor housing that includes “Casablanca” and a model number.  Some Casablanca models also have the Casablanca logo on the switch housing or on the end of the pull chain.  See the CPSC notice and Casablanca’s visual guide for a full list of recalled models.

Consumers should immediately stop using the recalled ceiling fans and contact Casablanca for a free in-home inspection and repair.