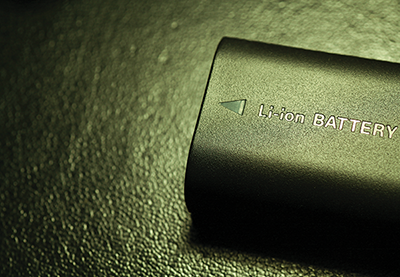 Researchers at Stanford University have developed a new type of battery that is run on sodium. This battery is capable of storing the same amount of energy as a high-powered lithium-ion battery — at a significantly lower cost. Scientists believe that these new sodium-powered batteries could be a big breakthrough in the field of energy research, and provide a new and environmentally way for people to stay fully charged.

Although this isn’t the first sodium-based battery to be built, the new model has a significant advance over previous models: it costs less than 80 percent of a lithium ion battery, while providing the exact same storage capacity. This is no small feat; the cost of lithium to mine and refine is extremely high, and scientists have long been searching for a reliable and inexpensive way to emulate its energy powers. And while the sodium batteries may not quite achieve the impressive energy capabilities of lithium, they can get extremely close for a fraction of the cost. Where it can cost about $15,000 per ton of lithium, the materials to create the sodium-based batteries comes in at a mere $150 for the same amount.

“Nothing may ever surpass lithium in performance. But lithium is so rare and costly that we need to develop high-performance but low-cost batteries based on abundant elements like sodium.”

Part of what makes  the sodium-based battery so inexpensive is its components. The electrode has a chemical makeup that is common to all salt. It contains a positively charged ion, made of sodium, which is joined to a negatively charged ion. In the battery, the sodium ion is bound to a compound called myo-inositol. Myo-inositol is found in a wide variety of commonly used household products, including baby oil. It is easily derived from rice bran and mill corn, and is instrumental not only to the makeup of the sodium batteries, but also to keeping down the costs.

The next step forward is taking the model the scientists have constructed and shrinking it down to size; their hope is that they will be able to make a sodium ion battery that can store the same amount of energy as a lithium ion battery without being significantly larger or bulkier.