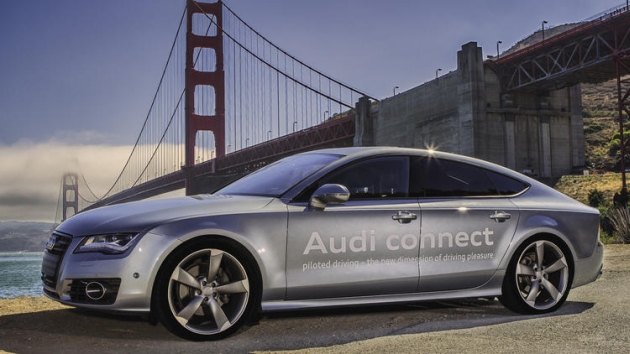 Last week, Audi announced that it is the first automaker to receive a permit to test self-driving cars on public roads in California. State regulations allowing self-driving testing on roads took effect on the same day per a law signed by Governor Jerry Brown in 2012.

The regulations provide strict guidelines on the vehicle, manufacturer and human driver that will be testing the vehicle. Audi placed a $5 million bond against a failure to pay if any claims result in an accident, and will train anyone who will be sitting in the car’s driver seat as well as test the self-driving car in a simulated environment before driving on public roads.