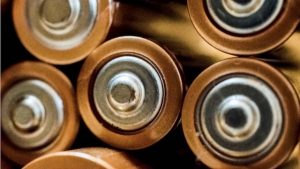 Scientists from the Massachusetts Institute of Technology (MIT) and China have created a new version of the cathode found in lithium batteries. This innovation could help to create smaller and lighter batteries that are far more powerful than their present-day counterparts.

The team of researchers has created what they refer to as a ‘hybrid’ cathode. It combines two different approaches in order to create a more powerful and effective battery. One approach focuses on increasing the energy output per pound, or gravimetric energy density, while the other helps boost the energy per liter, or volumetric energy density. By merging the two in a synergistic combination, scientists have effectively created a battery that far exceeds its predecessors.

Traditional lithium-ion batteries rely on cathodes in order to function. Cathodes are usually made of a transition metal oxide, and are one of the two electrodes you can find in a battery. In order to reduce the weight of batteries, scientists have been exploring cathodes made of sulfur — but these are not without their drawbacks.

While traditional batteries are heavier, they also have a higher volumetric energy density, creating an altogether more powerful battery. Batteries that used cathodes made of sulfur are significantly lighter, but suffer from a low volumetric density. That’s when scientists decided to combine the best of both worlds, creating a cathode that is light but still powerful.

The new hybrid system incorporates pure sulfur with Chevrel-phase, a type of molybdenum sulfide. By compressing particles of the two materials together, scientists were able to construct a solid cathode. The end result is a device that has a high energy per weight, and can work both quickly and efficiently.

Right now, however, researchers are focusing on extending the longevity of their new batteries. They hope to overhaul the cell design, which could increase the number of charge-discharge cycles the battery can go through before experiencing a dramatic loss in power. Scientists think that once they have achieved this goal, their new battery could be ready for the next phase of testing.