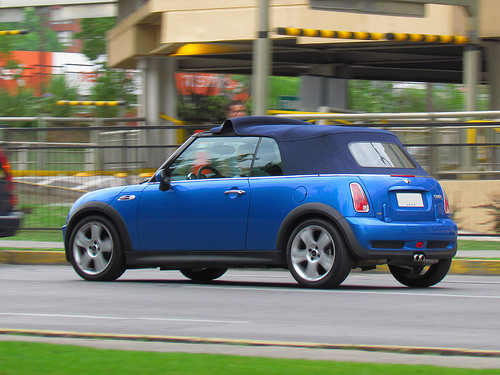 For the third time, BMW of North America is expanding a recall due to faulty air bag sensors that cause a safety hazard. The latest announcement includes 91,800 Mini Coopers, specifically, the 2005–2006 Cooper and Cooper S hardtops, as well as 2005-2008 convertible models. BMW has estimated that ten percent of the vehicles have defective air bag sensors.

The vehicles have a weight detection mat that should recognize when a seat is occupied and whether the passenger is a child. However, the mat’s sensor can crack over time, which could deactivate the front passenger airbag and prevent it from deploying in the event of a crash. There has been one report of an injury possibly connected to this air bag defect. The recall will begin in May, with dealers replacing the air bag sensor mat for free.

BMW previously recalled more than 276,000 cars for this problem in 2008 and again in 2013. The Mini Cooper was not included in previous recalls, but last year BMW reviewed increased warranty claims on the 2005-2008 models and found consistent problems, thus prompting the expanded recall. Earlier this month BMW also announced a recall of 70,500 vehicles because of pump failures.