Biomimetic Robotic Fish That Act Like The Real Deal 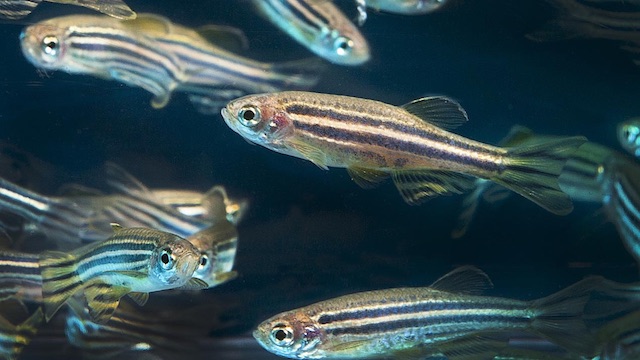 Researchers at the NYU Tandon School of Engineering have designed a new type of biomimetic robot. Using real-time tracking software and advanced robotics, scientists were able to create a replica of a live zebrafish. Not only does this bioinspired robotic replica act exactly like a fish, it’s able to see and mimic the behavior of real-life zebrafish. This is the first time such an experiment has been successfully pulled off.

Biomimetic robots aren’t a new concept in and of themselves; they’ve been around for more than a decade. Scientists have used them to observe the behavior of animals. But early versions were all unidirectional. The animals were able to observe and respond to the robots, but the robots were incapable of reacting.

That’s where real-time tracking software comes in. The closed-loop control system had a bioinspired robotic replica, which would interact with actual live zebrafish. Unlike previous models, the new system allowed the replica to ‘see’ and imitate the behavior of the zebrafish — all in real time.

Interactions between the live zebrafish and robotic counterpart were tested under a variety of different experimental conditions. No matter what the conditions being tested, the live fish were separated from the robot by a single clear panel. In preference tests, the zebrafish showed no signs of fear or anxiety when presented with the robot. In fact, they showed greater affinity for the robot that mimicked their behavior, rather than older models that simply swam in a pre-set pattern.

While mirroring is widely considered a basic and very limited form of social interaction, that should in no way diminish what these experiments have taught us. In fact, they’re a major step forward when it comes to improving the exchange between animals and robots.

“This form of mirroring is a very simple social behavior, in which the replica seeks only to stay as close as possible to the live animal. But this is the baseline for the types of interactions we’re hoping to build between animals and robots. We now have the ability to measure the response of zebrafish to the robot in real time, and to allow the robot to watch and maneuver in real time, which is significant.”

Maurizio Porfiri, a professor of mechanical and aerospace engineering at the NYU Tandon School of Engineering

The next step is further observation of the interactions between living zebrafish. This will help scientists better understand the social cues and responses of this species — and in turn, construct an even more advanced robotic counterpart.